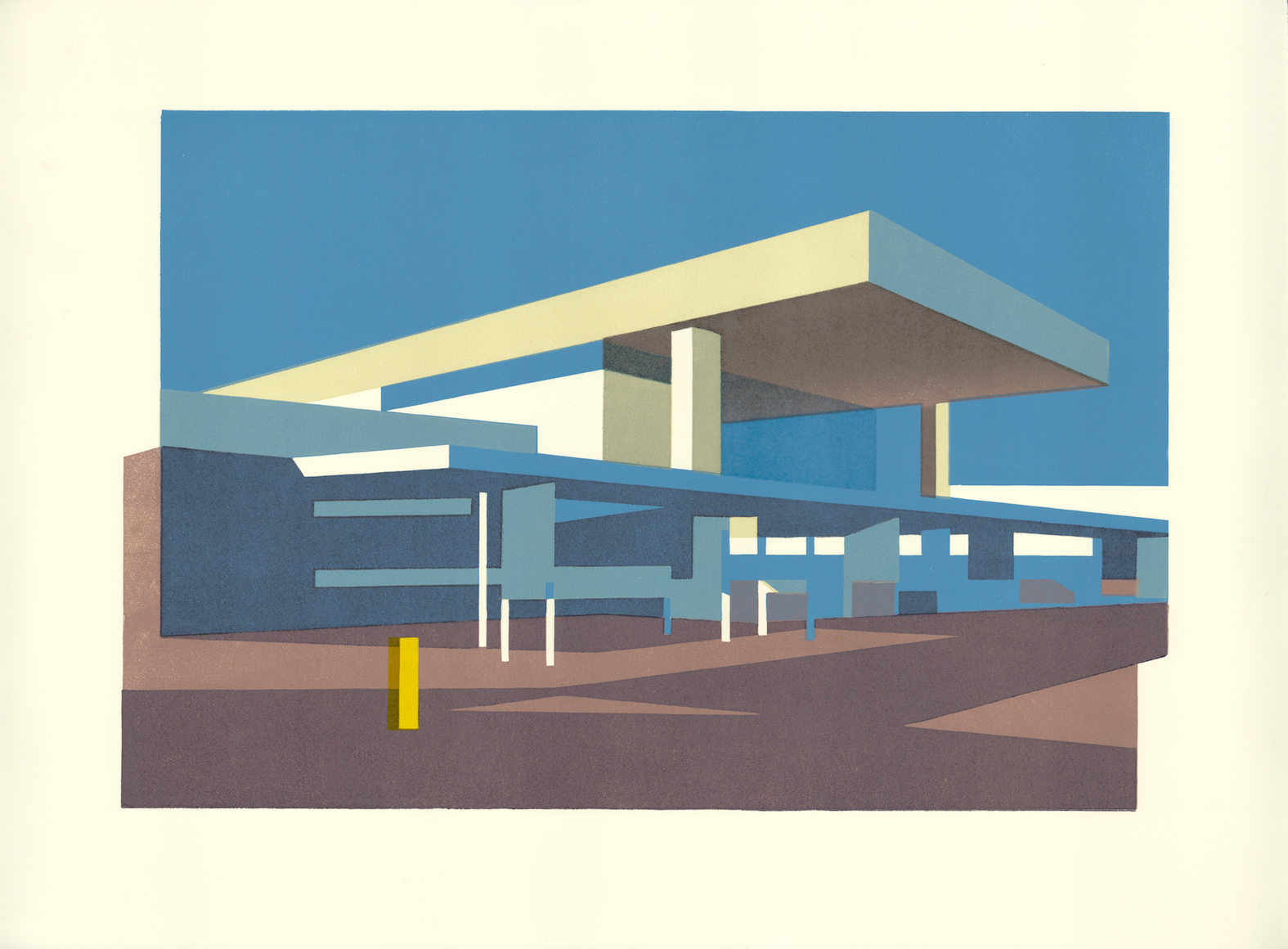 A new solo exhibition of works inspired by the postwar architecture of Coventry opens at Eames Fine Art this May.

Sent from Coventry was conceived as a celebration of the Modernist and Brutalist heritage of Paul’s childhood home – buildings that sparked the themes of Paul’s continuing work today.

But, as Coventry marks the beginning of its status as UK City of Culture 2021, sadly many of those postwar gems are under threat of demolition or removal, while some have already gone.

As a result, Paul’s images have taken on new meaning and are beautiful documents or homages to these mid-century architectural monuments.

Among the new linocuts on show are renditions of the modernist Coventry Station, the juxtaposition of the bombed out remains of its old cathedral and postwar counterpart, as well as the Three Tuns sculpture by William Mitchell, the Precinct at the iconic Bull Yard and the ‘Elephant’ sports centre.

The second part of the exhibition includes prints of London buildings also built in the postwar Modernist and Brutalist style, which Paul found himself gravitating towards when he moved to the capital. Many much-loved buildings such as the National Theatre and Royal Festival Hall sum up that mood of optimism and hope which permeated the South Bank area during the Festival of Britain in 1951 – celebrating its 70th anniversary this year.

As Eames Fine Art notes: “Sent from Coventry places Paul’s London linocuts alongside his Coventry work, making a compelling visual argument for why all of this striking architecture should be preserved and admired.”